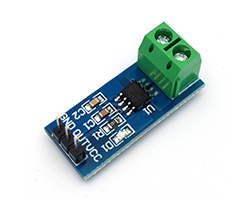 The sensor is a device designed according to the physical, chemical, biological characteristics and laws of materials. In the field of measurement and control, sensors designed by certain principles can measure various non-electrical quantities at the same time. Sometimes a non-electric sensor can be measured by sensors with different principles. Therefore, there are many classification methods for sensors. Generally, they can be classified according to the following methods.

According to the input, the sensor can be divided into pressure, displacement, speed, temperature, humidity, etc. This classification method clearly expresses the purpose of the sensor and is easy to select, but it is difficult to find the commonalities and differences of the conversion principles of each sensor by classifying sensors with different principles into one category.

From the energy point of view, sensors can be divided into active sensors and passive sensors. The former converts non-electric energy into electric energy, called energy conversion sensor. Usually with voltage measuring circuit and amplifier, such as piezoelectric, pyroelectric, electromagnetic, etc. Passive sensors are also called energy control sensors. It is not a sensor in itself. The measured non-electricity only controls or regulates the energy in the sensor. Therefore, they must have auxiliary power supplies. Such sensors have resistive, capacitive, and inductive types.

Sensors can also be classified according to their structure and physical characteristics.

Mainly by changing the geometric shape or size of the mechanical structure, the external measurement is converted into corresponding changes in physical quantities such as resistance, inductance, and capacitance, so as to detect the measured signal. Sensors are currently the most widely used.

Physical type is measured by changes in the physical properties of certain materials. It is a solid-state device containing sensitive materials such as semiconductors, dielectrics, and ferroelectrics.